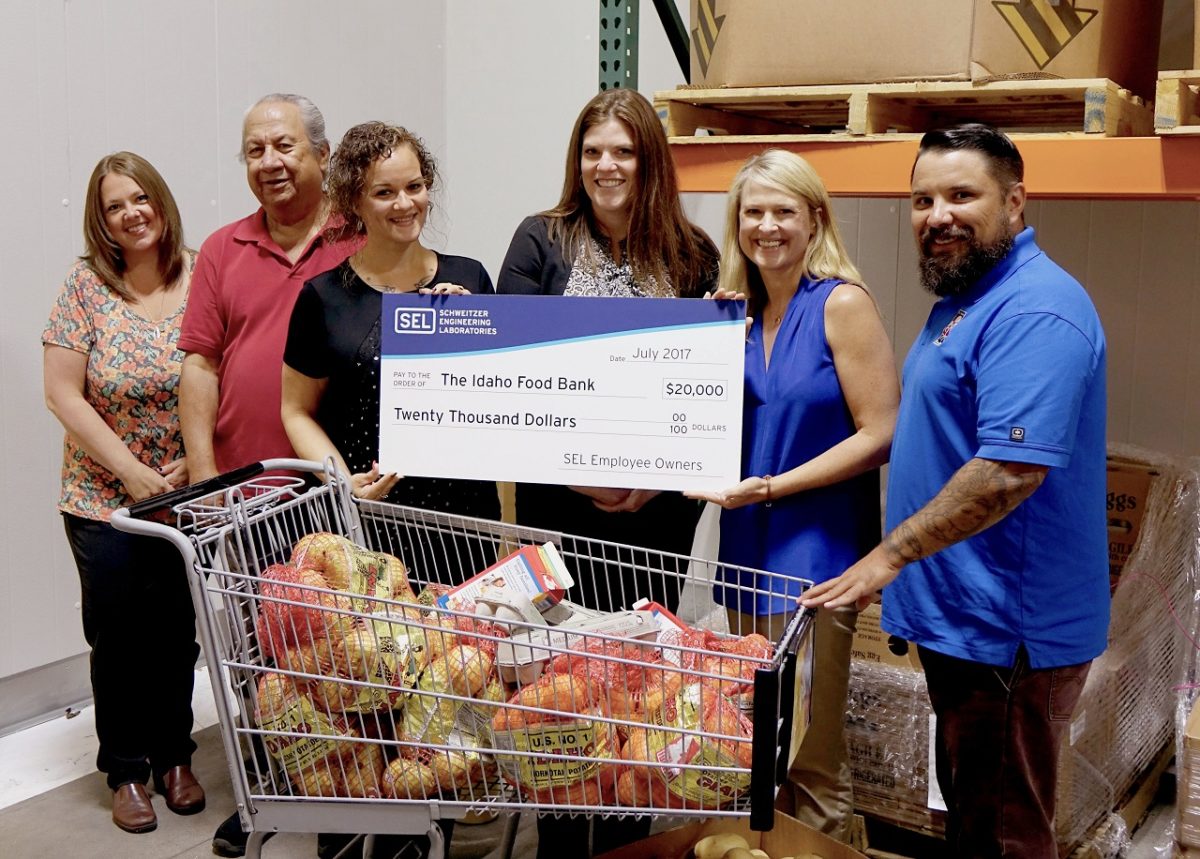 The campaign to fund A Fresh Approach in North Central Idaho and raise the funds needed to build the new facility in Lewiston received a huge supporter in the month of July, with Schweitzer Engineering Laboratories announcing a $20,000 gift to the effort.

Schweitzer is known for its philanthropic work all over the northwest, so adding them to the list of donors for A Fresh Approach is a real asset. Some of the wonderful employees at Schweitzer are pictured above with our north central Idaho Branch Manager Chico McKinney, as well as Doug Nash and Joanna Alford, the co-chairs of the Fresh Approach campaign. Doug and Joanna have been the leaders tasked with raising the local goal of $750,000 for funding of the new facility, which cost $3.6 million to build. It’s the leadership of Joanna and Doug which brought this gift to the effort to solve hunger and continues to drive the effort forward into the future.

Before this new facility, the North Central Idaho branch in Lewiston opened in 1985. It distributes food to 31 community partners operating in Latah, Nez Perce, Lewis, Idaho, and Clearwater counties. In addition, the staff conducts programs such as Cooking Matters in all of the northern counties of the state.

To learn more about the A Fresh Approach Campaign in Lewiston and to join, CLICK HERE.