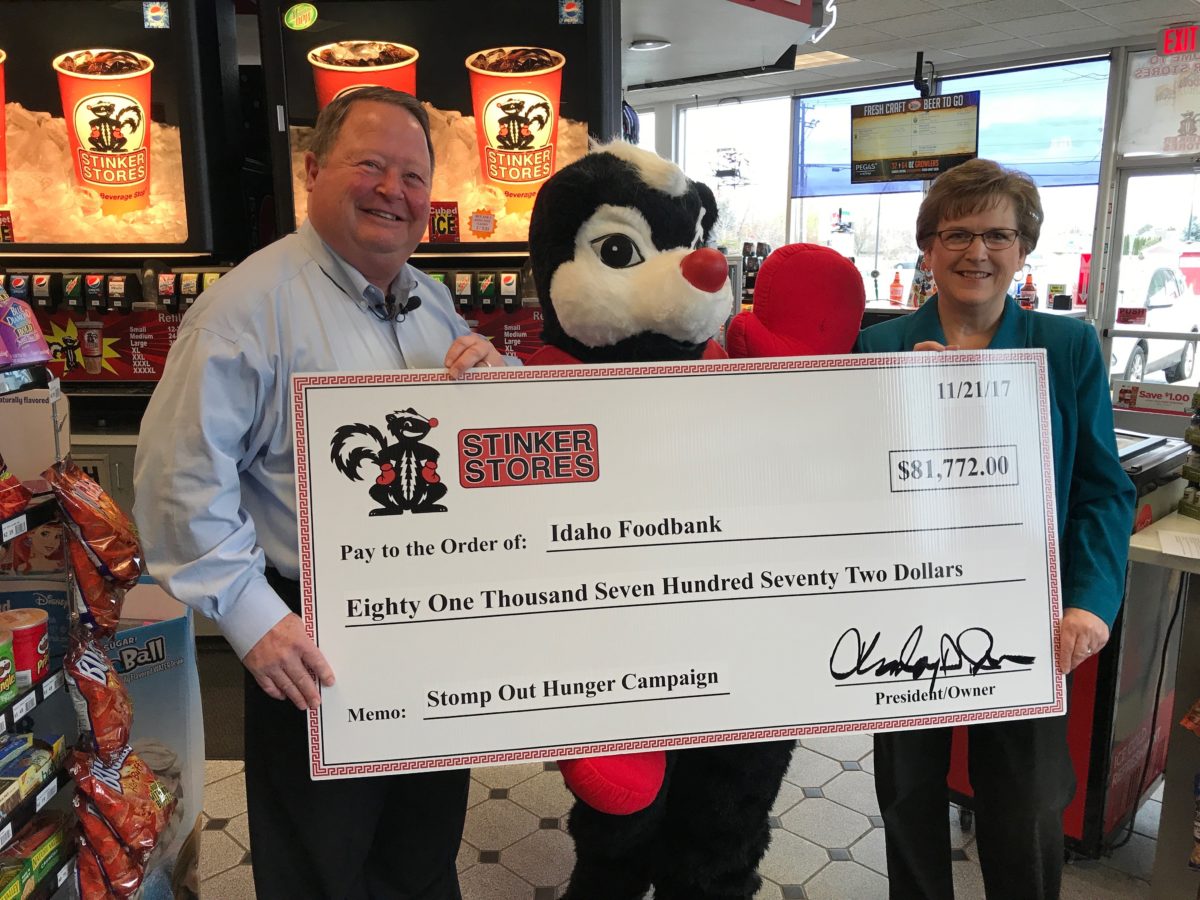 For the second consecutive year, Stinker Stores are celebrating a record-breaking effort in their annual “Stomp Out Hunger” campaign. This year, from November 3-13, customers of Stinker Stores all over the state were encouraged to add donations on their final totals at the register. Stinker Stores officials tabulated those donations and they’ve informed The Idaho Foodbank that this year’s total breaks last year’s record-setting fundraiser.

The donation comes as the Foodbank endeavors to provide the food for 3 million meals in the last two months of the year.

“Every year, we’re astonished by the generosity of Stinker Stores, their owners Charley and Nancy Jones and the customers who make this campaign possible,” said Karen Vauk, President and CEO of The Idaho Foodbank. “Somehow, they all work together to continually out-do themselves and we’re so honored to make sure these 408,000 meals go to the Idahoans who need them the most.”