When Cheyenne found out students at a school she once attended were suffering from hunger, she knew she had to act.

“My mind was blown,” she said. “I had no idea that anyone was struggling with that. It’s all clearer to me now that I know what to look for.”

Cheyenne, a high school sophomore, learned about hunger and the plight of her peers at a tour of The Idaho Foodbank. She, Andrew and Mikaela, members of the student service-learning organization One Stone were researching hunger in Idaho and what they could do to serve their community. Cheyenne wasn’t the only one caught off guard by the staggering numbers of Idahoans in need.

“A kid, younger than me, could go without food all weekend,” said Mikaela about students who may rely on free or reduced-price lunches during the school year. “That’s really sad. It reminds me of a third-world country. But we’re in America. This isn’t right.”

Instead of letting the newly gained knowledge of the 240,000 Idahoans and 83,000 Idaho children who are food-insecure sit as a problem too enormous to be solved, Cheyenne, Mikaela and Andrew came up with a unique idea. If The Idaho Foodbank helps provide weekend meals to elementary school students through the Backpack program and high schoolers have access to more assistance, they would focus on helping students at a junior high school – the junior high school once attended by Cheyenne.

“I definitely was super excited because I knew certain kids who would benefit,” Cheyenne said. “I have a sister going there and I will be able to see the impact. It’s nice to be in connection with the people.”

The three students set a plan to build a school pantry from scratch. They found a room that would fit their needs, worked with the school to get the plan accepted, and then cleaned up a formerly ignored section of a room in the school, about the size of a broom closet, to make it a pantry.

“We knew the space could be used for something better,” said Mikaela. “It was the perfect space, the perfect size. So, we got to work.”

The group, along with coaches and other members of One Stone, focused on making the pantry more than just a room to store food. They had learned at the Foodbank that many people who receive food assistance must get past an unfounded stigma about needing help. So, the students painted positive words and encouraging phrases on the wall to help make a lighter atmosphere. With the light coming through a large window in the room, the once dark and forgotten spot in the school had become a welcoming room for teenagers who may not know where else to turn.

[blockquote quote=”These kids are stuck. They have nothing. They’re the hidden, silent group. We wanted to help.” source=”Mikaela” align=”right” max_width=”50%”]

“It was so fun to see that transformation,” Cheyenne said. “To know that we had put in the work to do it was awesome. One Stone projects aren’t usually this long-term. They’re usually a single event to make a change. This one was interesting because we get to come back to it and see its progress.”

The best part for the students was that the change was initiated by them. They took the initiative, they put in the effort. They helped solve hunger for students in need.

“It’s really quite amazing,” said Mikaela. “Cheyenne, Andrew and me – that’s a really small group. I think it was amazing that we were able to work together and each be a leader.”

The school year will end just weeks after the project was completed. While the One Stone students helped collect food donations and stock the pantry, the students at North Junior High will take that role, as well as management of the space. The One Stone students will be back, though, to look at their project and see how it works in the future. They gained something in the process of giving back to their community. They learned about people they otherwise may not have noticed. 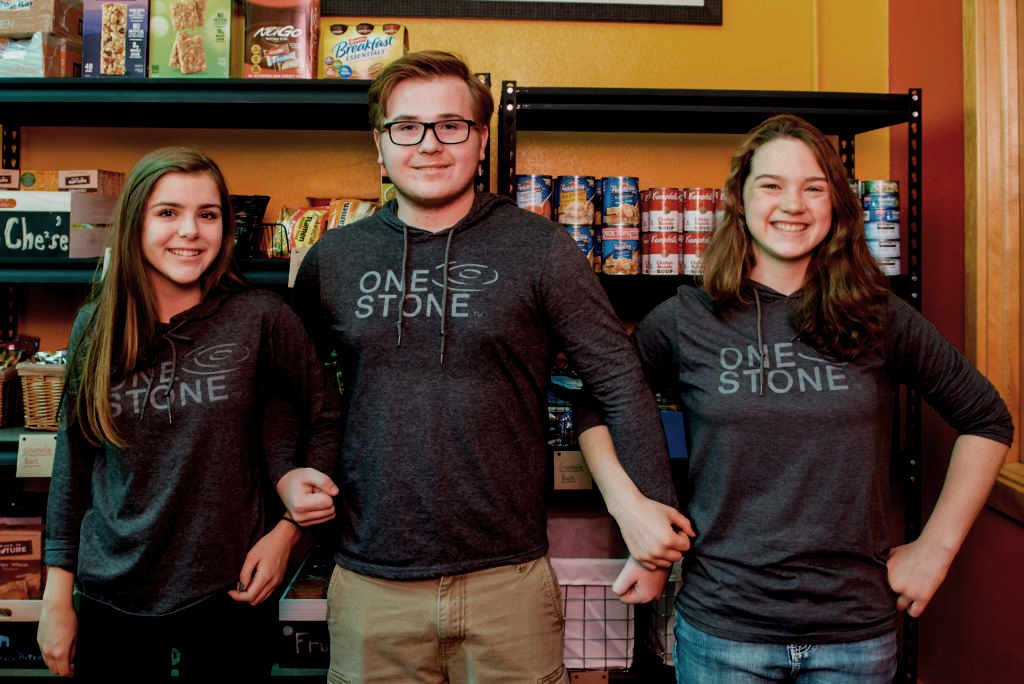 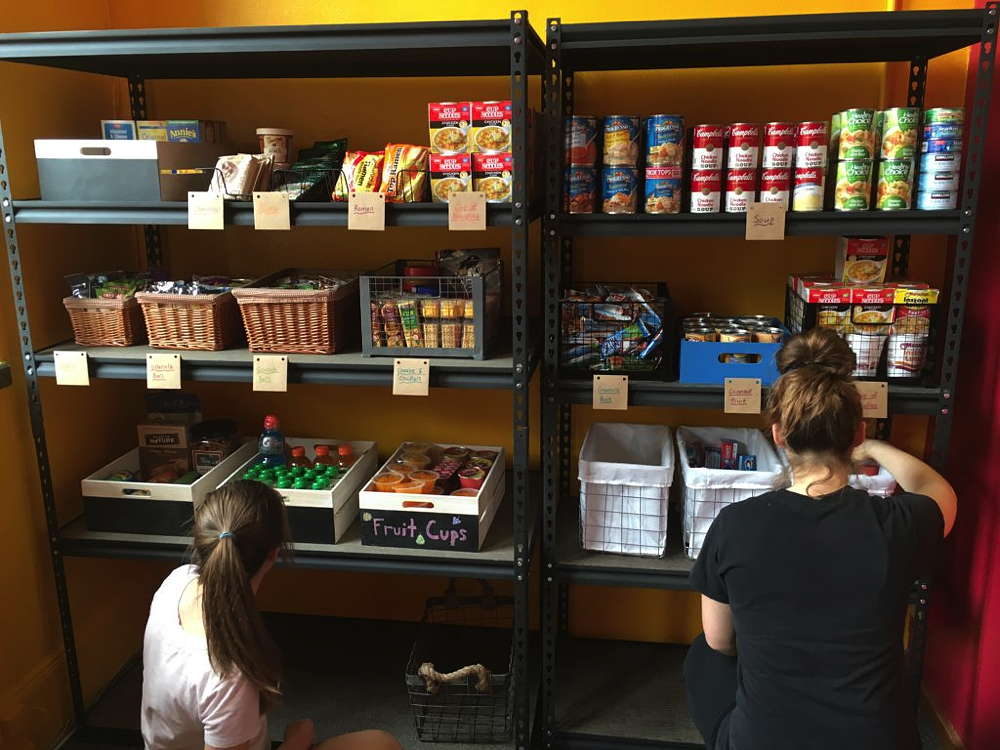 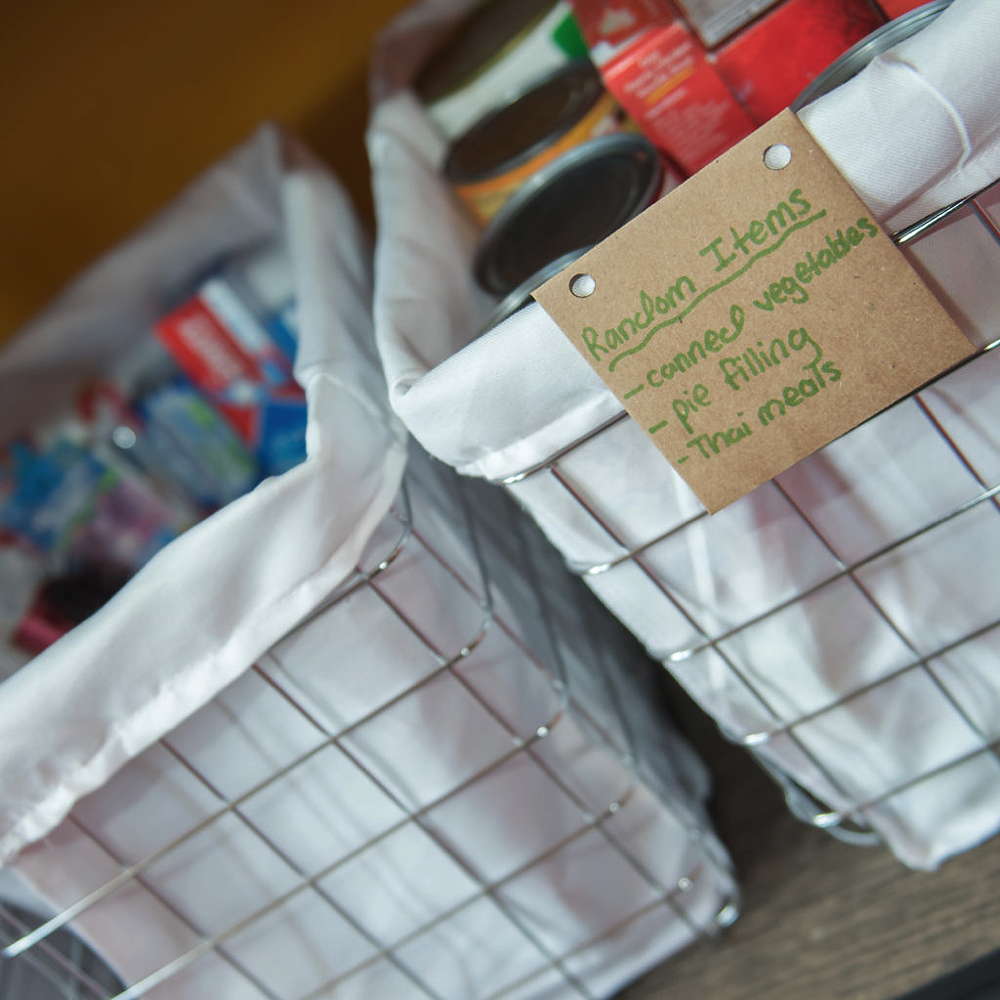 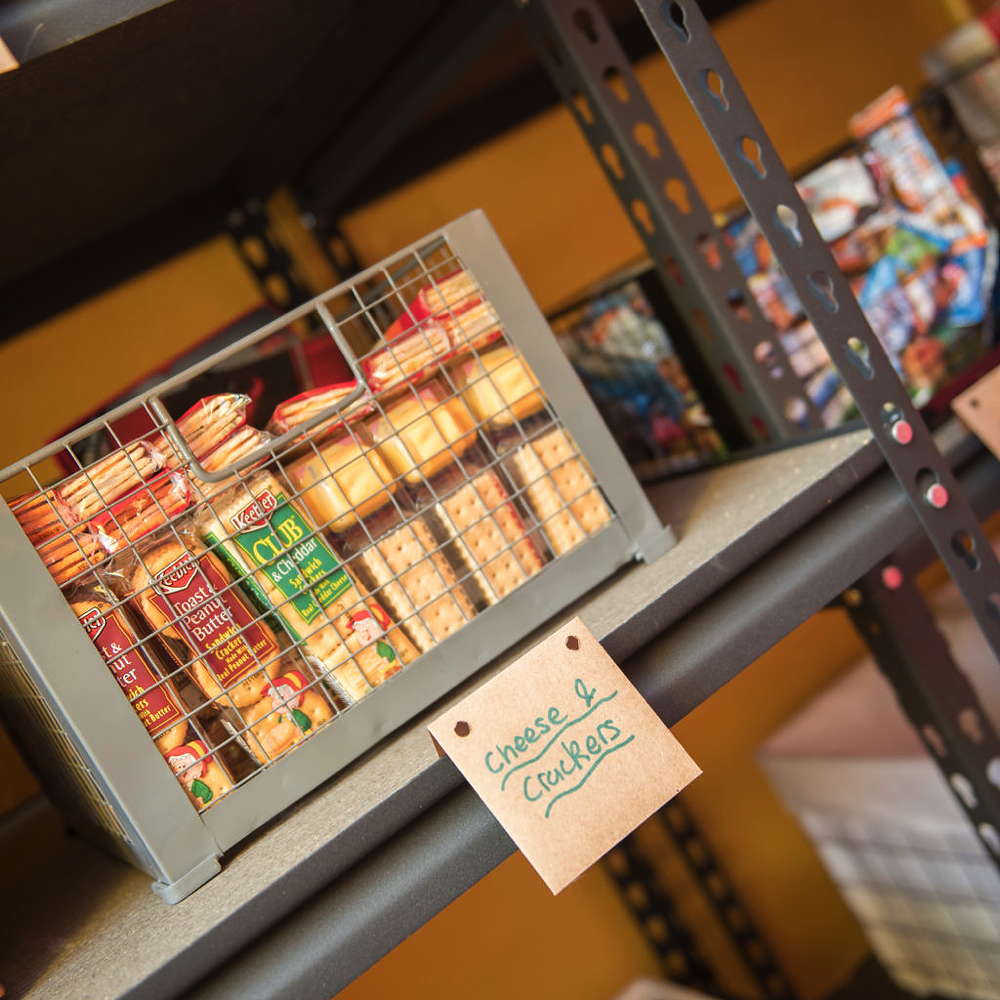 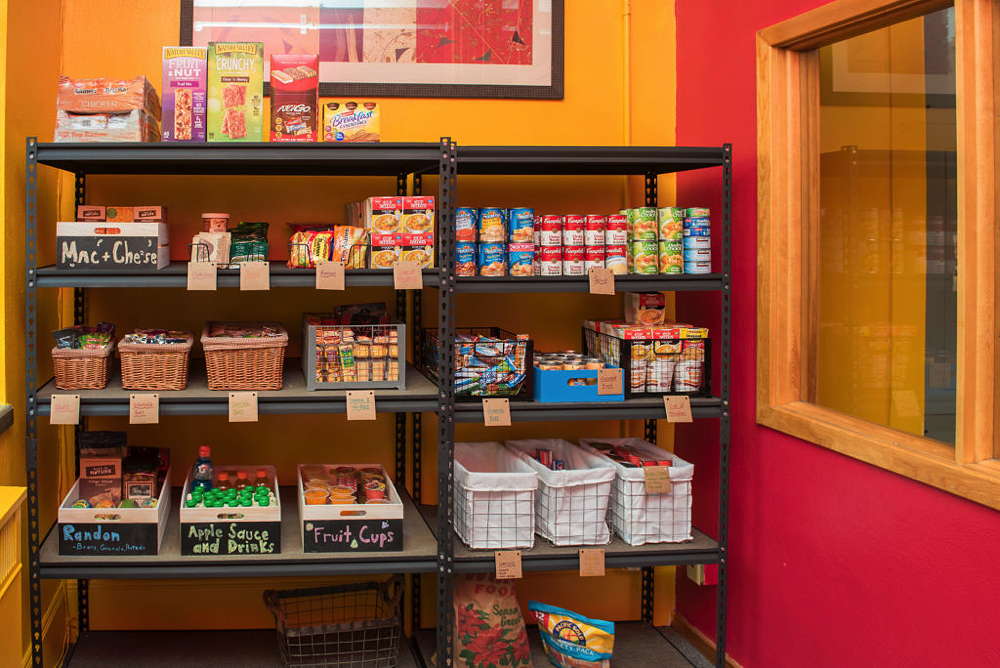 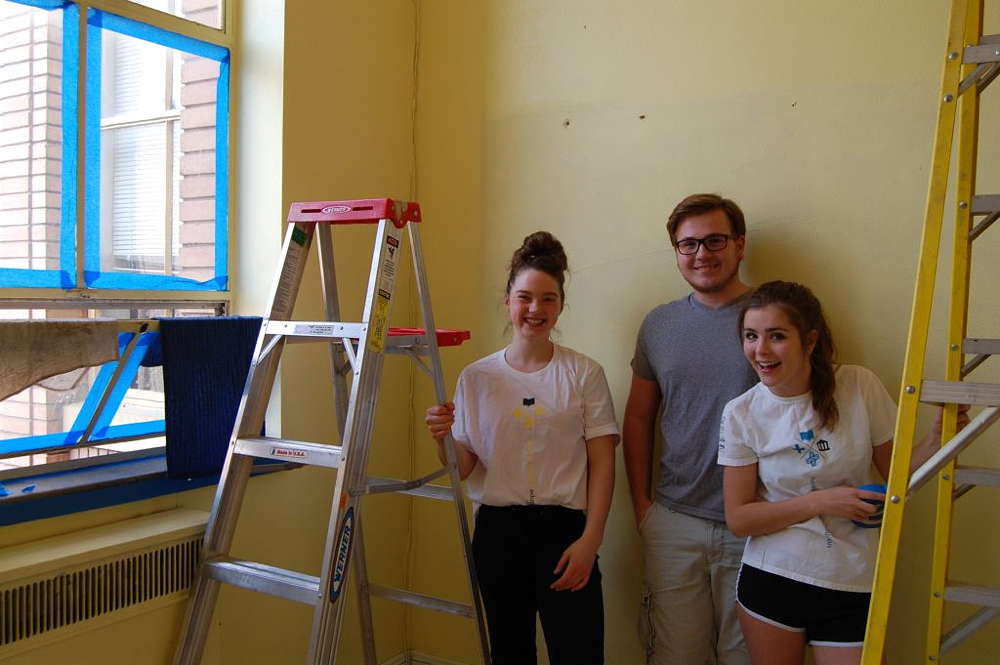 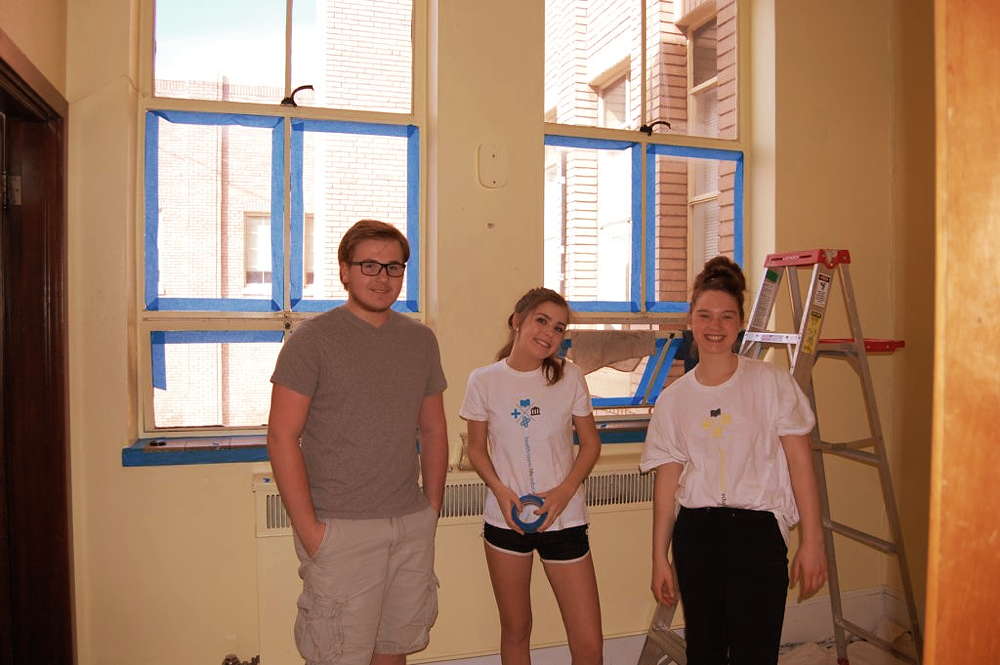 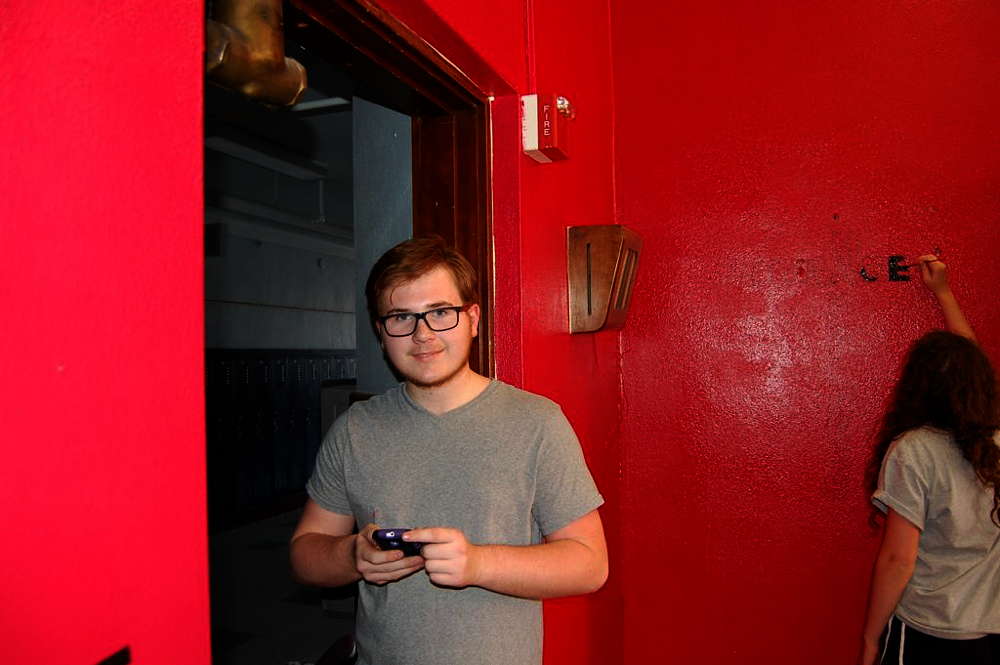